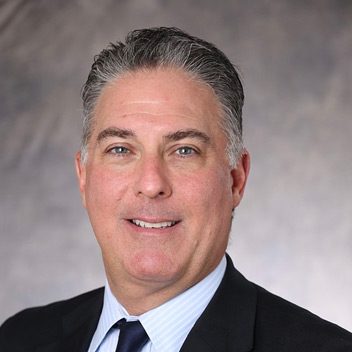 Russell J. Williams is of counsel to The Bacchus Law Firm. Mr. Williams represents clients throughout Broward, Dade and Palm Beach counties as well as other counties in the State of Florida. He has more than 30 years’ experience with all aspects of State and Federal criminal offenses.

With expansive knowledge of the local and Federal legal systems, Mr. Williams works thoroughly and diligently to achieve his goal of providing the best possible criminal defense for his clients by attempting everything legally and technically possible to defend his clients.

Mr. Williams’ practice is devoted almost exclusively to criminal defense, concentrating on litigation in Florida State Courts as well as Federal Courts throughout the United States. Throughout his legal career, Mr. Williams has tried over 250 cases and has achieved an exceptional success record. He has victoriously argued countless numbers of criminal motions including suppression issues and has successfully defended his clients at the appellate level when necessary. Mr. Williams has earned the respect of prosecutors as well as the judiciary for his professionalism and preparedness which sets him aside from all other lawyers.

As an experienced trial lawyer, Mr. Williams is qualified in defending a variety of crimes from misdemeanors such as traffic violations and DUI’s to felonies as serious as first-degree murder. One of Mr. Williams’ most interesting cases occurred when he vigorously defended his client charged with several counts of vehicular homicide and manslaughter, stemming from an alleged drag race. His client was charged with the deaths of several innocent people. The driver of the other car perished in the accident as well. This was the first time in Broward County, as well as in the State of Florida, where the State attempted to prosecute an individual, allegedly involved in a drag race, based upon a principal theory. This case was highly publicized, and Mr. Williams received additional notoriety when the jury returned verdicts of not guilty.

A native of Staten Island New York, Mr. Williams graduated from The State University of New York at Stonybrook. Mr. Williams relocated to South Florida in 1984 where he attended The Shepard Broad Law Center at Nova Southeastern University from which he graduated in 1987. During his last semester in Law School, Mr. Williams worked as an intern for the Broward County State Attorney’s Office. It was at that time that he discovered his love of criminal law, however, not as a prosecutor, but as a defense lawyer.

Upon graduating in 1987, he went to work for a private practitioner where he learned to fine tune his legal skills doing research, writing memoranda, arguing motions and trying cases. In 1990, Mr. Williams became a partner in the Law Firm Roderman and Williams, where he stayed for five years before fully venturing out on his own in 1995.

Since then, Mr. Williams has successfully defended hundreds of clients, tirelessly preserving and defending their constitutional rights. Mr. Williams always remembers that all people are innocent until proven guilty.