Understanding U.S. Child Support Statistics and the Consequences of Failing to Pay 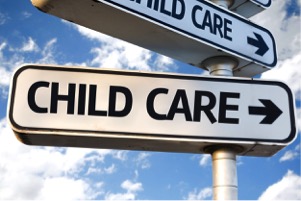 In the United States, around 40 to 50 percent of all marriages end in divorce, or some legal separation. If the spouses have a child and are looking to end their marriage legally, child support payments will be arranged by either the ex-spouses or by the court.

Similarly, statistics show that both sexes fail to pay child support amounts at about a 30% rate. Women were owed around 28 billion dollars yet only received 19 billion. Men were owed just over four billion and only received three.

Of course, it is illegal to refuse to pay child support willfully. If someone fails to pay court-ordered support, then he or she is subject to federal or state prosecution. Under Federal Law, if an obligor's payment has been due for longer than one year or exceeds $5,000 then that person may be charged with a criminal misdemeanor and may face six months in a Federal Prison.

If child support has not been paid for two years or $10,000 is owed, the offender may face two years in a Federal Prison and could be convicted of a criminal felony.

Census.gov | Custodial Mothers and Fathers 2013 – This report, Custodial Mother, and Father and Their Child Support: 2013, was issued by the United States Census Bureau in 2016. The report details a range of statistics involving custodial parents from demographic characteristics, poverty rates, average incomes and more.

Spruce | US Child Support Statistics – Visit this webpage to find out more about child support in the United States. The Spruce offers practical parenting tips, statistics, and inspiration for parents looking to create their best home.