Why more women are getting DUI arrests 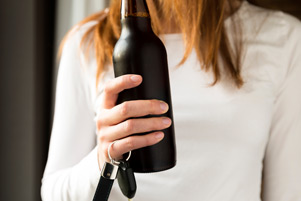 Driving under the influence of alcohol is always a serious crime that plagues our society. This is an issue that seems to have been in the public conscious for decades.

What seems to be new about drunk driving is the amount of women who are being arrested for DUIs. While alcohol-impaired driving has steadily been decreasing over the past few decades, DUI arrests for women has increased by 28.8 percent. Compare that to men, whose DUI arrests have decreased by 7.5 percent.

Men overall are far guiltier of impaired driving, outnumbering women as impaired drivers about three to one. Researchers however are still baffled as to why women are experiencing an increase in DUI arrests.

Some theories include an increase in more women driving, changes in law enforcement approaches and more public events catered to women. Whatever the underlying cause is, researchers know there are major differences in biology between men and women that determine how quickly someone becomes intoxicated while drinking alcohol.

One of the biggest factors in determining how quickly someone becomes intoxicated involves body weight. A 160-pound woman will get drunker faster than a 200-pound man, even if they drink three glasses of wine over the same period of time. Other factors like body fat percentages and hormones also influence how quickly an individual can metabolize alcohol.

When it comes time to journey home after the date, it’s possible that the man may blow a .05 BAC while the woman blows a .08 BAC if they’re each pulled over, despite drinking three glasses of wine apiece. I should note that this isn’t scientifically proven – other factors like a person’s drinking frequency and genetics also play a factor. But generally, a woman will be more intoxicated if she is drinking as much as her male counterparts.

The differences that it takes for the sexes to metabolize alcohol is not something all women consider when it comes to drinking with friends or dates.

As the number of women being charged with DUIs in Broward County, Florida, and the rest of the country continues to increase, so does the need for legal representation. While it may not seem like it, there are potential biases that come with DUIs and women.

The breathalyzer test typically used by Florida law enforcement agencies (the Intoxilyzer 8000) was calibrated to test the average man’s body type, for example. Considering the numerous studies that show it takes women longer to process alcohol in their bodies than it does for men, the test can show bias in BAC levels. According to a study performed by lead author Charles Lieber of the Mount Sinai School of Medicine, women have less gastric alcohol dehydrogenase isozymes, which helps breakdown alcohol. Thus, women’s bodies will not break down as much alcohol, causing it to reach the blood stream in higher proportions.

Having an attorney experienced in defending women with DUI charges can help ensure she is not treated unfairly when it comes to navigating the court system. For women in South Florida, the Bacchus Law Firm can ensure women get the justice they deserve. Contact us at (954)500-5555 for a free consultation.