Women and DUI Charges in Florida

According to the Traffic Resource Center for Judges, women constitute a smaller percentage of DUI arrests than men do, although FBI crime data has shown an increase in DUI arrests for women over the past decade.

Moreover, studies have shown that in the past few years women have been arrested more frequently for DUIs than men. Some researchers have attributed this increase to women's unique physiology, while others have linked it to society becoming more accepting of women drinking in public.

Regardless of the reasons behind the FBI's statistics, DUI charges can be life changing, and equal access to excellent legal representation is critical.

Attorney for Women Charged with DUI in Ft. Lauderdale, FL

As the number of women being charged with DUIs in Broward County, increases, so does the need for legal representation. If you or someone you know has been charged with driving under the influence, call an experienced criminal defense attorney to fight to get the charges dropped.

Our offices are conveniently located in Ft. Lauderdale, Florida and we serve clients throughout the Miami-Metropolitan area. We serve clients in Broward County and in the surrounding areas of Collier County, Hendry County, Palm Beach County, and Miami-Dade County.

Increases in Women Charged With DUIs

Studies conducted by the Criminal Justice Information Services Division of the United States Department of Justice and the FBI, have shown that over a ten year time period, the number of women arrested for DUIs increased by approximately 28%, while the number of DUI arrests for men dropped 7.5%.

Driving Under the Influence (DUI)

Moreover, according to expert testimony, there may be a gender bias defense concerning women and breathalyzer machines. For reasons unknown, breathalyzers tend to show a women's blood alcohol content level higher than a man's, even when factors that are illustrative of gender differences, such as size, height, and weight, are controlled.

Is There Bias In the Breath Test:

The breathalyzer test typically used by Florida law enforcement agencies (the Intoxilyzer 8000), was calibrated to test the average man's body type. Thus, there is an inherent bias in the way the machine reads a man's alcohol content level relative to a woman's. Studies have consistently been conducted showing a bias. Such bias is even more pronounced when the test is performed on small or younger women.

Studies have also shown that it takes women longer to process alcohol through their bodies than men. Before alcohol reaches the bloodstream, it travels through the stomach. Here, according to researchers, is where gastric alcohol dehydrogenase (ADH) isozymes break down the alcohol. According to a study performed by lead author Charles Lieber of the Mount Sinai School of Medicine, women have less ADH activity than men do. Thus, women's bodies will not break down as much alcohol, causing it to reach the blood stream in higher proportions.

DUI with Minor Passenger in the Vehicle

An additional concern for women who get charged with DUIs is their children. Women are more often the primary child caregiver and more likely to be caught transporting a minor while intoxicated. In these cases, a woman can be charged with a more serious DUI for having a child passenger.

In Florida, DUI penalties are enhanced when an offender is DUI with a minor in the vehicle. Under these circumstances, a DUI offense is enhanced as follows:

Find an Attorney for DUIs in Broward County, Florida

If you or someone you know has been charged with a DUI in the State of Florida, specifically in Fort Lauderdale and you would like efficient and effective legal representation, contact the attorneys at Bacchus Law Firm. We defend clients throughout the Miami-metropolitan areas in cities like East Naples, West Palm Beach, Fort Lauderdale, and Miami, Florida.

We are dedicated advocates for the rights of women criminal defendants. Being without resources to defend yourself against criminal charges is extremely difficult. The Florida Women's Law Center, a division of the Bacchus & Navarro Law Group, devoted helping women navigate the often confusing and convoluted legal system. The Florida Women's Law Center takes cases in Broward County, Florida, and in the surrounding counties of Collier, Palm Beach, Hendry, and Miami-Dade County. 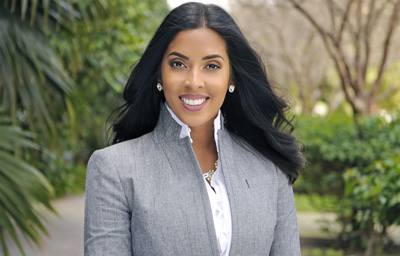 At Bacchus Law Firm, is a Fort Lauderdale based Law Firm committed to fighting for justice on behalf of their clients that is serving all of South Florida.